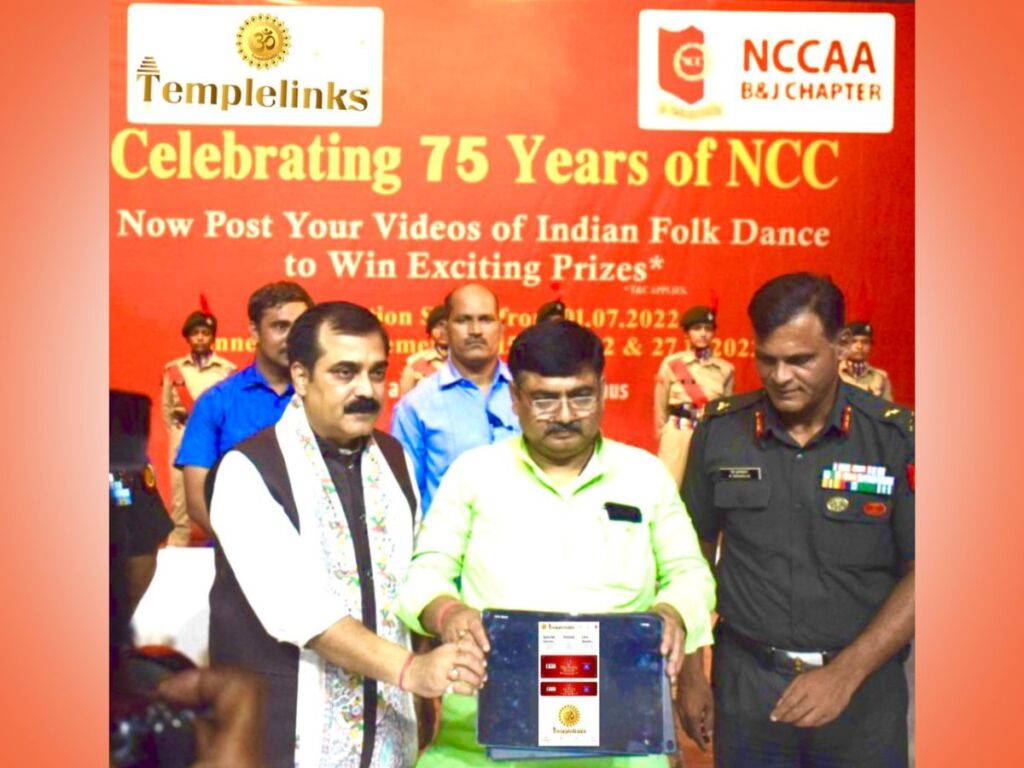 “NCC Nrithyashakthi is the first of its kind contest launched in India, and this can promote Indian folk dance and the talents of Cadets globally”, mentioned Honourable Minister Dr. Alok Ranjan Jha during his inaugural speech.

“Role of NCC in youth development is significant and effective use of information technology to engage and enable NCC cadets is aligned to Digital India Mission of the Govt. We feel proud that the first launch of NCC Nrithyashakthi took place in Bihar. I complement Maj Gen Indrabalan and his team for conceptualising this novel idea,” said Honourable Minister Mr. Jibesh Kumar.

“As NCC aims to create human resources of organised, trained and motivated youth, to provide leadership in all walks of life and always be available for the service of the Nation-NCC Directorate of Bihar & Jharkhand in association with its alumnus have accomplished several projects. It is the first of its kind digital-based competition for Cadets to showcase and promote Indian folk dances based on the freedom movement, war stories and war heroes, Indian customs and traditions etc. To attain global reach, we are exploring the Online Platform in partnership with Templelinks, a fast-growing Mobile App. We aim to connect lakhs of NCC alumni with thousands of NCC cadets. Over ninety thousand cadets and 8 lakh alumni of B&J are the intended participants of this contest,” said Major General Indrabalan.

This In-app Folk dance competition will be for cadets/Alumni of NCC Bihar and Jharkhand for now. However, this may be opened to other NCC Directorates on demand.

The contest began on 6th July 2022 with participant registration and uploading of performance videos. Each entry can have a minimum of 1 member and a maximum of 8.

“With NCC Nrthyashakti, for the first time, NCC Nrithyashakthi, NCC Bihar & Jharkhand could create a healthy and exciting link between its cadets, alumnus and the general public using smart technology and social media. NCC Nrithyashakthi season 1 is a tribute to the thought of “NCC ke Sath Bhi, NCC ke Baad Bhi”, i.e., you will continue to be part of NCC as a cadet and as its alumnus. Indian Folk Dance performance videos will be published in the Templelinks Mobile App from the 6th of July 2022 onwards. Contestants and people across the world can download Templelinks App from the Google Play Store or iOS Appstore. The contest is designed for 2 phases. In-App Live voting for the first phase starts on 6th July 2022 and closes on 10th August 2022. Winners will be announced on 15th August 2022. The second phase voting will be opened till 15th of November, and the Prizes will be given on the NCC Day, 27th of November 2022, “added Major General Indrabalan.

Templelinks, a mobile application with over a million users worldwide, creates a new dimension of various in-app events to promote Indian Arts, Culture and Devotion. “We are excited to partner with NCCAA Bihar and Jharkhand Chapter and Vidyakul, an online academic coaching platform, for promoting young talent in NCC and its alumni. We are proud to associate with NCC for celebrating seventy-five years of NCC and Azadi Ka Amrit Mahotsav,” said Ms. Sanuja Sajeevan, CEO of Templelinks.

Templelinks is an innovative idea which could bring the age-old institutions of Temples into the virtual world, thus making devotion a Lifestyle. Templelinks is a mobile application with over 250 temples listed on its platform for various functions such as Online Puja Booking, Virtual Queue, Donations, Live Darshan, Exclusive Image and Audio Gallery, etc. Templelinks also could create a new dimension of various in-app events to promote Indian Arts, Culture and Devotion and able to gain a devotee network of over 10,00,000, spread across the country and overseas. Launched in the year 2020 and within a short span of time, Templelinks has been able to prove its mettle.