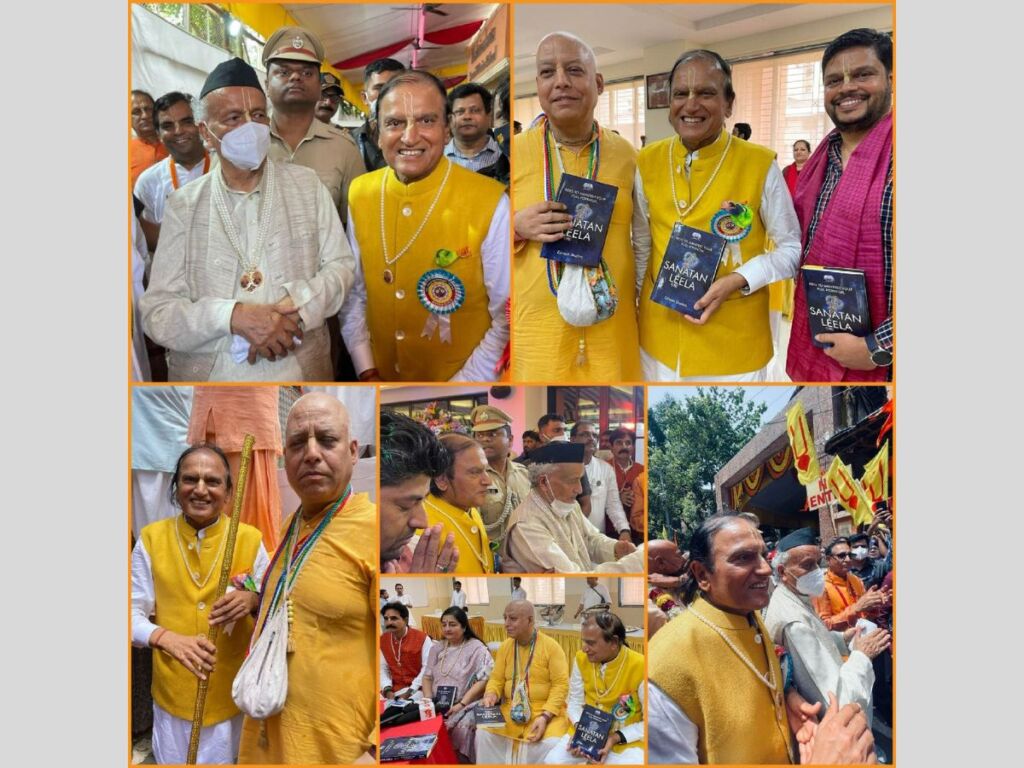 Organised by the International Society of Krishna Consciousness (ISKCON), the spiritual event witnessed the presence of His Excellency -The Governor of Maharashtra – Bhagat Singh Koshyari, Surdas Prabhu, Gopal Krishna Goswami, and Devkinandan Prabhu of ISKON along with singing legend – Anuradha Paudwal.

Shri Dinesh Shahra has been long associated with the cause of Krishna’s consciousness, and this year was no different. Mr. Shahra had ‘Darshan’ of Lord Jagannath, Balbhadra, and Subhadra and participated in the rituals organized before the commencement of the Yatra.

Every year before the commencement of the Yatra in Puri, the ceremonial king of Odisha sweeps the course of the Yatra as a mark of respect and affirmation of the superiority of Lord Jagannath. Like the Rath Yatra of Puri, the path of the Yatra in Mumbai was swept by ‘His Excellency – Shri Bhagat Singh Koshyari, the first citizen of Maharashtra. Thousands of Krishna devotees thronged the path of Yatra, which began from Shastri Nagar in the Andheri suburb of Mumbai and concluded at Hare Krishna Temple in Juhu.

“Participating in the Rath Yatra is an act of pure devotion. It convinces us that Lord Jagannath’s love for his devotees can bring him out of his sanctum, where everyone on an equal footing could witness his grace. It is said that taking part in the yatra is also a step towards self-realization,”; said Dinesh Shahra, whose book – Sanatan Leela is making waves across the country.

Sanatan Leela, authored by Dinesh Shahra, focuses on how one can effortlessly manifest our inner potential. The book shares core fundamentals and specific tools about what our Sanatan culture has to offer to help us manifest our human potential. The book is based on deep introspection in the light of Indian spiritual wisdom emphasising that our happiness, success and experience of life is in our own hands. This well-expressed and simplified writing is determined to provide much-needed spiritual guidance and inspiration.

On this auspicious occasion, the book Sanatan Leela was also presented to all dignitaries with the objective of spreading awareness about the greatness of Sanatan culture to more and more people.

The Dinesh Shahra Foundation (DSF) has been instrumental in promoting causes that strengthen the spiritual core of our society. DSF has been working in tandem with Parmarth Ashram, Art of Living Foundation, Ramchandrapura Mutt and many other institutions to promote the cause of spirituality.

​Preserving age-old knowledge and rituals has helped seekers from all walks of society realize their worth beyond material and reach their full potential. Shri Dinesh Shahra has also compiled teachings and sermons of his ‘Guru’ – Late Swami Pragyanand Ji in the form of a book titled – ‘Simplicity & Wisdom’.