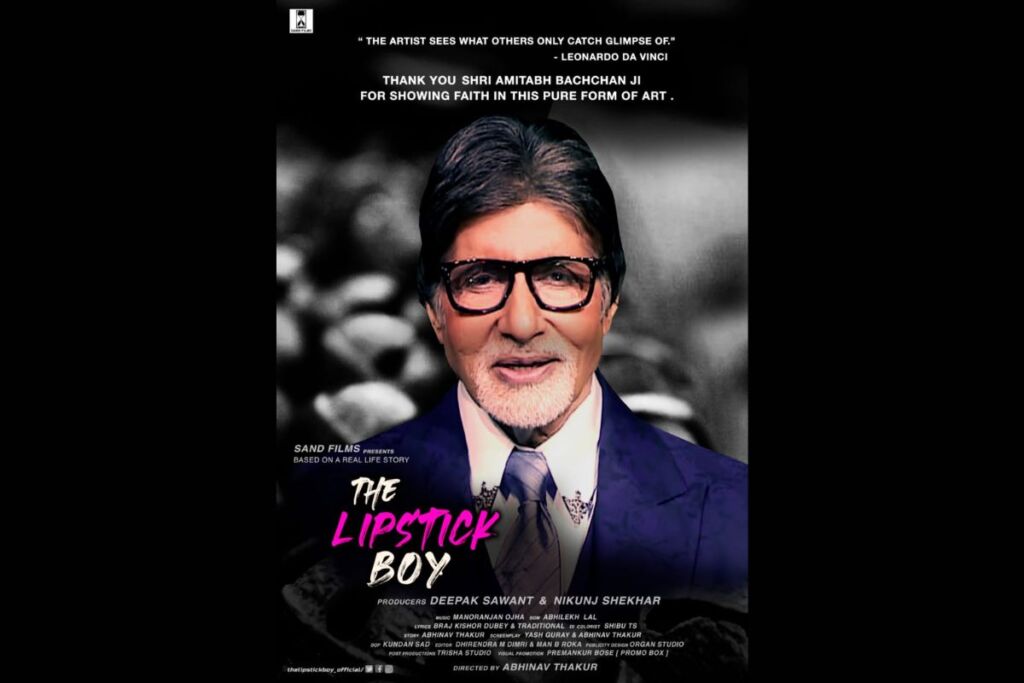 July 20: The concept teaser of the upcoming Bollywood feature The Lipstick Boy was released yesterday on the official social media handle of the film from Mumbai. The movie is based on Bihar’s cultural Launda Naach. The Deputy Chief Minister of Bihar shared a teaser on his Twitter & Facebook and congratulated the team.

It is worth mentioning that in the Bhojpuri region, Naach and Bhikhari Thakur have been synonymous with each other. India has a rich tradition of folk drama genres. Launda Naach is the most extreme form of expression and entertainment for the peasant labourers of that rural and town society. However, in the current changing environment and entertainment culture, there has been a decrease in the number of performances.

The film, The Lipstick Boy, is about a famous Launda dancer from Bihar, Kumar Uday Singh, who has been bringing alive the style of Launda dance for the last several years, as well as the life struggles of all the artists of Bihar who are associated with this style. While congratulating the success of the film, Honourable Deputy Chief Minister Tarkishore Prasad said that by producing (Deepak Sawant & Nikunj Shekhar) this film, Directed by Abhinav Thakur had made a meaningful effort to revive the folk culture and traditions of Bihar. The movie is an achievement for the state and a matter of pride. He said that Amitabh Bachchan Ji, the megastar of the century, has also appreciated this film.

He wished the film success and blessed producer Abhinav Thakur for his bright future.

Soon the trailer and another poster will be released and the film will be in front of the audience soon.