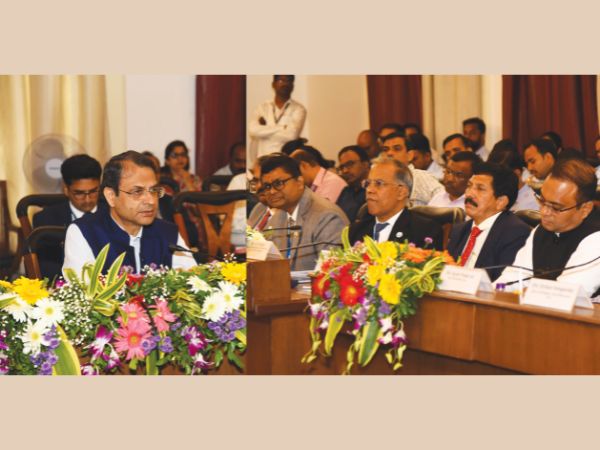 Pune (Maharashtra) [India], October 11: A meeting for the pilot Financial Inclusion campaign in the country, at Gram Panchayat Level on the theme “Vittiya Samaveshan Se Sashaktikaran”, was held on 10th October 2022 at Pune. Shri Sanjay Malhotra, Secretary, Financial Services, Ministry of Finance, Government of India, presided over the meeting. Dr. Rajesh Deshmukh, Collector of Pune District, presented the roadmap of the Financial Inclusion Campaign to be held from 15.10.2022 to 26.11.2022.

The Financial Inclusion campaign envisages to provide bank accounts for every adult under Prime Minister Jan Dhan Yojna (PMJDY) and insurance/pension schemes for every eligible individual. It will also facilitate the coverage of Mudra Loan and KCC with a focus on farmers engaged in animal husbandry, dairy and fishery activities. There will be a focus on Self-Help Group members by extending them a credit facility. The campaign will concentrate on Mobile/ Aadhaar seeding of existing accounts with a special focus on making small accounts and normal accounts full KYC compliant.

The campaigns will be coordinated by Lead District Manager (LDM) under the overall guidance and directions of the District Level Consultative Committee (DLCC) headed by the District Collector. The camps are scheduled on every Saturday as per a pre-approved program.