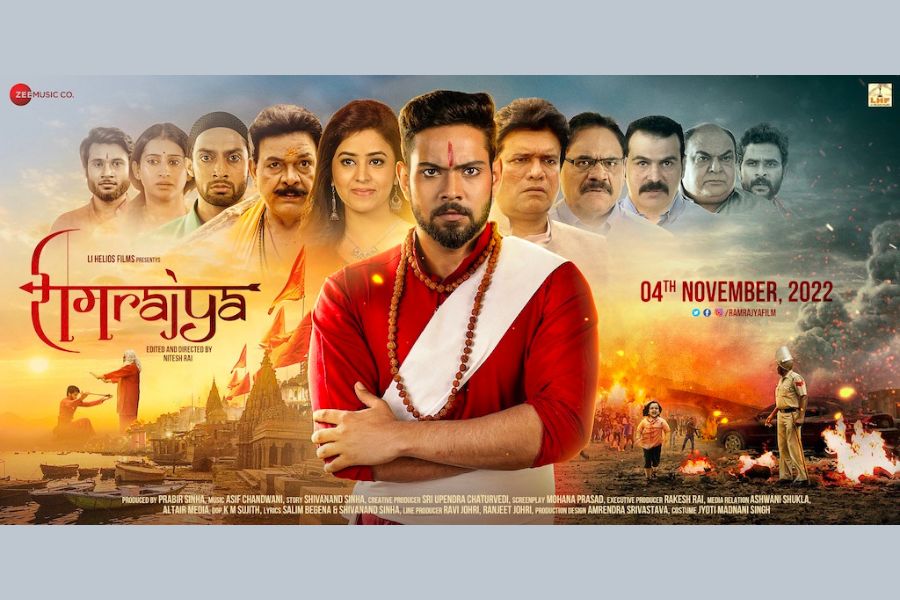 Mumbai, 14 October 2022: Actor Amanpreet and actress Shobhita Rana starrer “Ram Rajya” release date has been announced by the filmmakers on the eve of pre Diwali celebrations. The Film is all set to release on 4th Nov 2022 in Cinema.

Ramrajya is a political drama which revolves around enhancing and modifying the social obstacles. The film work towards eliminating corruption, communal violence, health, education etc. The meaning of the film is implicit and clear. An ideal state of society where people can live together in peace and harmony without fear and aggression while following their own religion, beliefs and philosophy. It sets the example of education system which should include history, mythology, Vedas, holy epics apart from physical, social and information technology.  Not only that, the film Ramrajya will entertain the audience with humour, music, romance, action and thrill. Producer Prabir Sinha shared “It’s time for festivals to spend time with family Going to the cinema hall with your loved ones to watch movies, the film Ramrajya is based on a burning theme, as well as it will give you a lot of entertainment.

The post Ramrajya is all set to hit the theatre on 4th Nov 2022 appeared first on Republic News Today.