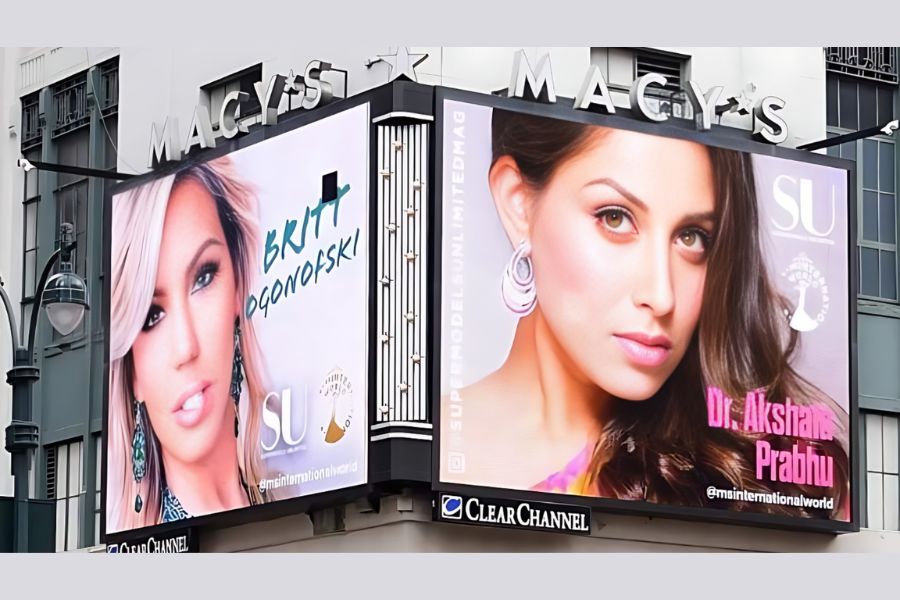 Akshata has been on the Indian modeling circuit since 2002 and has walked the runway for Brands like L’oreal, Smirnoff, Times of India, Bombay Times, Aza Fashions, Aishwarya Design Studio, and designers like Archana Kocchar, Rehan Shah, and many more. It was in 2009 wherein she opted for a break from the modeling industry to pursue higher education and earned her Master’s Degree in Pediatric Dental Surgery.

After a decade-long hiatus from her successful modeling career, Dr. Akshata Prabhu made a comeback in 2019, winning the title of Ms. India World Runner-Up. Further on, she went on to win the International Crown & Title on Ms. International World 2021 last year, the same year Harnaaz Sandhu brought the Miss Universe crown to India.

As Ms. International World 2021, she has received an International Film offer and she garnered amazing attention with her stellar performance at New York Fashion Week. Akshata has made a major splash in the Indian as well as the international scene with her powerful comeback. She has been featured on a massive Billboard on 34th Street, 7th Avenue in New York City and has earned the badge of being a ‘SuperModel’ by being recognized by SuperModels Unlimited USA during NYFW.

She has also been signed as a Brand Ambassador of several brands like Colgate, Margaritaville at Sea Cruise Line, etc. She was featured on a huge advertising Billboard at Times Square, New York as the Face of an International Brand, which puts her in the same category as ambassadors like Zendaya and Priyanka Chopra. “It gives me an amazing feeling to carry my ethnicity and heritage of being an Indian in the International modeling industry. I’m humbled by the welcome I have received.”, said an elated Dr. Akshata Prabhu. Winning the title of Ms. International World as an Indian woman has been an honor for her and being chosen to represent Brands is a mark of progressiveness in the fashion industry where inclusivity & diversity is valued. To promote this mindset of embracing real beauty with flaws and axing the stereotypes that exist in the modeling industry, she dedicates her time to The International Glamour Project as a Mentor & Brand Ambassador. This Platform – an International Pageant System, is owned by her husband, Dr. Swaroop Puranik, who is an International Athlete & 5 Times Ironman Title Holder.

The initiative offers an international platform for women of different age groups – Teens, Miss & Mrs, the chance to win the crown & title and represent India on the international stage in the USA, as well as a scope to participate in renowned fashion weeks such as London Fashion Week and New York Fashion Week, among other opportunities.

Sharing her thoughts on the project, Akshata said, “The International Glamour Project celebrates all shades and shapes of beauty, tearing down all classical, unidimensional standards of ideal physical appearance. We are here to alter the history of how looks are perceived, going beyond the age, height, and body type of the person by seeking to bring forth robust personalities in public. We have come a long way since the last turn of the century in the space of representation of diversity and women empowerment; the movement can only continue by the status quo being repeatedly questioned- take, for example, someone like me who is a model, a doctor, a wife, a mother, and an International Beauty Queen. A woman can do multiple things at the same time and does not need to be typecast in one role.”