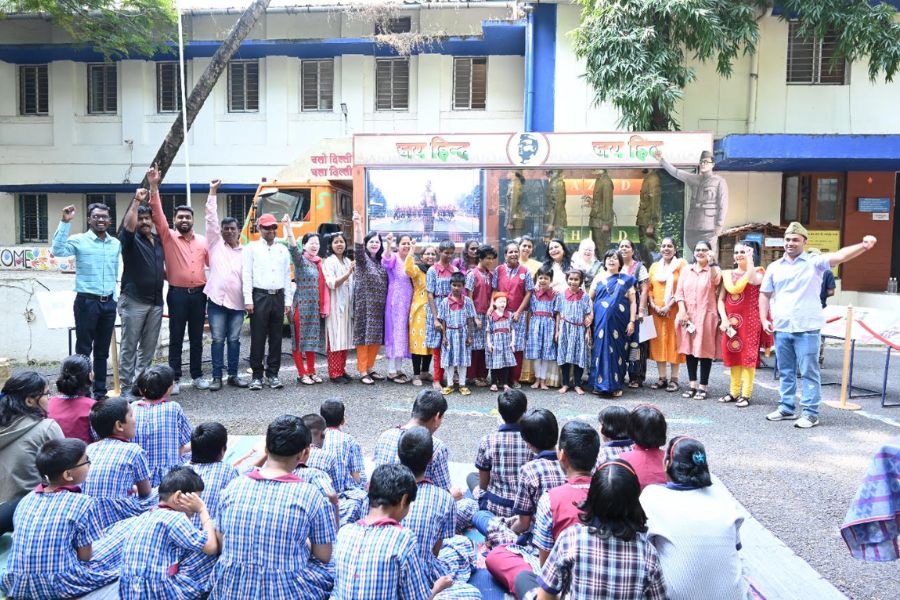 The 125th anniversary will be celebrated on the 23rd of January 2023, with pomp and grandeur, as it will be a special birthday of Netaji – One of Mother India’s greatest sons for the entirety of India.

November 16: “Mai Bhi Subhash” a Historically rich informative campaign aiming to create, and propagate awareness about Netaji Subhas Chandra Bose’s contribution to the freedom struggle of India and his arduous life, was launched simultaneously from Leh, Kolkata and Mumbai, by the ‘Netaji Subhas Chandra Bose INA Trust’, supported by The Ministry of Culture (Government of India).

The Mobile display unit started from Kolhapur and was at Pune on 13th November, 2022. Commemorate the day Netaji raised the Indian tricolour at the Andaman & Nicobar Islands and renamed is Swaraj and Shaheed.

This mobile exhibition was specially adapted and conducted for the specially abled students in Braille Lipi and received an emotional and heat warming reception. The enthusiasm and excitement surpassed all expectations. Most dignitaries felt such a dedicated exercise must be replicated extensively for the benefit of the specially abled schools who feel marginalized. In the exhibition, eight different milestones of Netaji are displayed, so that specially abled children can understand these milestones, the school made it in Braille Lipi, so that children can fully comprehend the information displayed.

The on-wheel touring Mobile exhibit displays Netaji Subhas Chandra Bose’s life through life-like statues/mobile displays. These audio-visual feedback loops have mesmerized and garnered respect in all the audience who have attended and thoroughly enjoyed the show. The theme driving these 3 mobile-vehicles is ‘Chalo Dilli’ a historically significant ‘nara’ said during the oppressive British raj, to drive the Occupiers out.

The aim of Mobile Display is:

“Mai Bhi Subhas” is a glorious campaign for a righteous and noble cause. The life of Netaji Subhas Chandra Bose was filled with immense Challenges but his will to stand strong and proud for the country will never be forgotten. Every corner of the nation will cry out Netaji’s name and sing of his valiant achievements.”