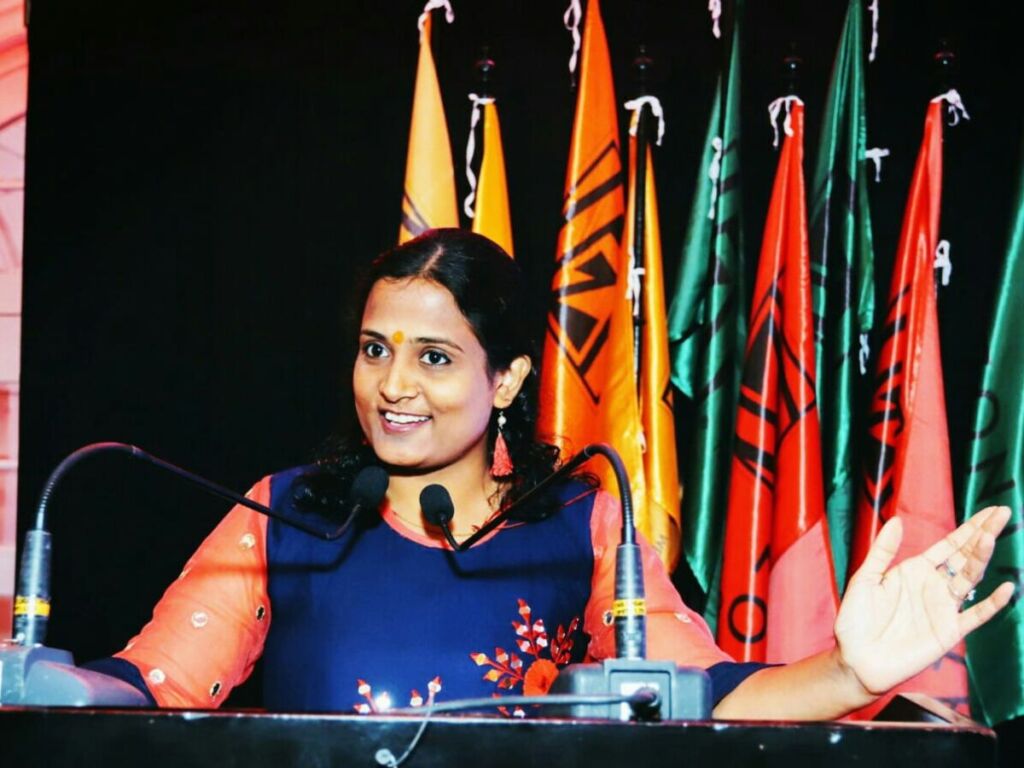 New Delhi (India), December 13: Dr.Kriti Bharti, Managing Trustee and globally renowned Rehabilitation Psychologist of the Saarthi Trust, based out of Jodhpur, Rajasthan, was conferred upon with the Global Youth Human Rights Champion Award. The award was given away by the Geneva Center for Human Rights & Global Dialogue through a virtually organized ceremony on the occasion of Human Rights Day (December 10).

The significance of the award can be gauged by the fact that Dr. Bharti is the sole Indian to have made it to the prestigious list of three global winners. Along with Dr. Kriti Bharti, Jose Quisocala from Peru & Stacy Dina Owino from Kenya also featured in the list of global winners.

Dr. Kriti Bharti, Managing Trustee of the Saarthi Trust, is a globally renowned child and women rights activist as she crusades for children & helps them get freed from the clutches of ‘Child Marriage’.

Dr. Kriti Bharti, who was also featured in the list of 100 Most Inspirational Women by BBC Hindi & has made it to the list of World’s Top Ten Activists by the USA based TAFFD magazine for her out-&-out campaign to abolish the bane of Child Marriage from India, has also been actively involved in the annulment of child marriages that have already taken place.

On the occasion of International Human Rights Day, distinguished guests from the Geneva Center for Human Rights and Global Dialogue lauded the efforts of Dr. Kriti Bharti. Child marriage should cease to exist only in books: Dr. Kriti Bharti

During the award ceremony, held virtually, Dr. Kriti Bharti appealed for the concerted efforts at the global level to eradicate the evil practice of child marriage. She bats for complete eradication of child marriage from the globe. She said that it is her dream that one day child marriage should be seen only in books.

It is noteworthy that Dr. Kriti Bharti’s name goes down in history books as a crusader who annulled India’s first Child Marriage. As on date, she has annulled 47 child marriages and prevented more than 1600 child marriages. The fire-brand child-right crusader has been on a spree of annulling child marriages as she takes the evil head-on. She has been a warrior-of-sorts to have taken on the deadliest of enemies favouring the evil practice & hasn’t budged despite gravest of threats.

Not only does Dr. Kriti featured in globally renowned publications, but she studs the Limca Book of Records, World Records India, India Book of Records and seven other international and national record books.

Dr. Kriti’s campaign was also included in the curriculum of the Central Board for Secondary Education (CBSE) Board.

Formerly, she has been a recipient of various accolades including Marwar Ratna, Mewar Ratna of the Rajgharana’s of Mewar and Marwar.