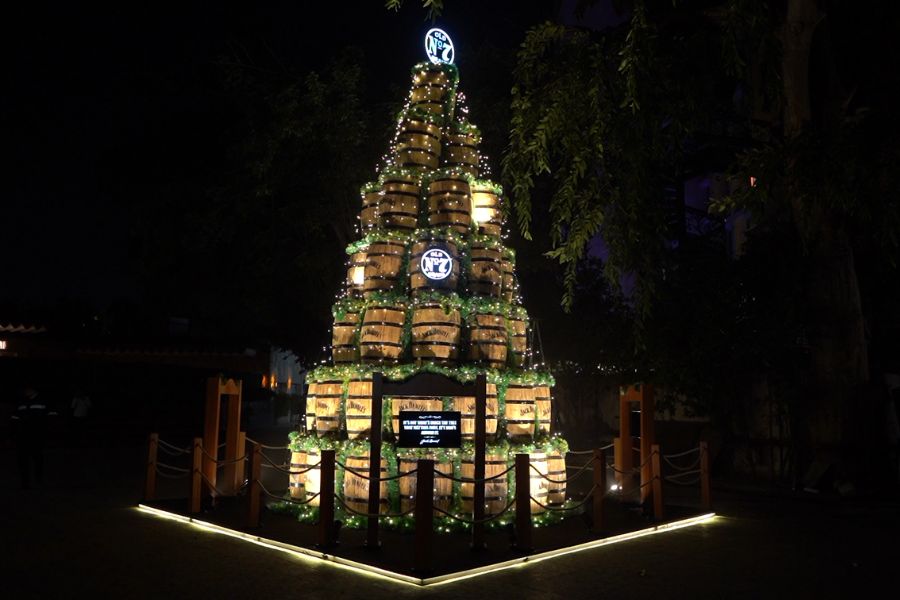 New Delhi (India), December 30: The word Christmas often evokes the picture of a beautifully decorated tree with gifts and goodies. Just imagine if that tree was made up of dozens of barrels of Jack Daniel’s. Sounds surreal? Well, it’s not!

To further capture the interest and attention of Jack Daniel’s admirers and lovers, the company is also installing a special ‘Jack Tree of Cheer’ at more than 200 store locations across the country. Made up of 42 Jack Daniel’s Old No. 7 and Jack Daniel’s Tennessee Apple bottles, the tree measures 6 feet in height.

Boldly designed and innovatively crafted, each Jack Daniel’s Christmas tree is a visual treat in itself.

So, ring in the Festive cheer this year with Jack and jazz up your celebrations like never before!

The post Jack Daniel’s turns out in Bold Fashion this festive season in India with its Barrel Tree installation appeared first on Republic News Today.