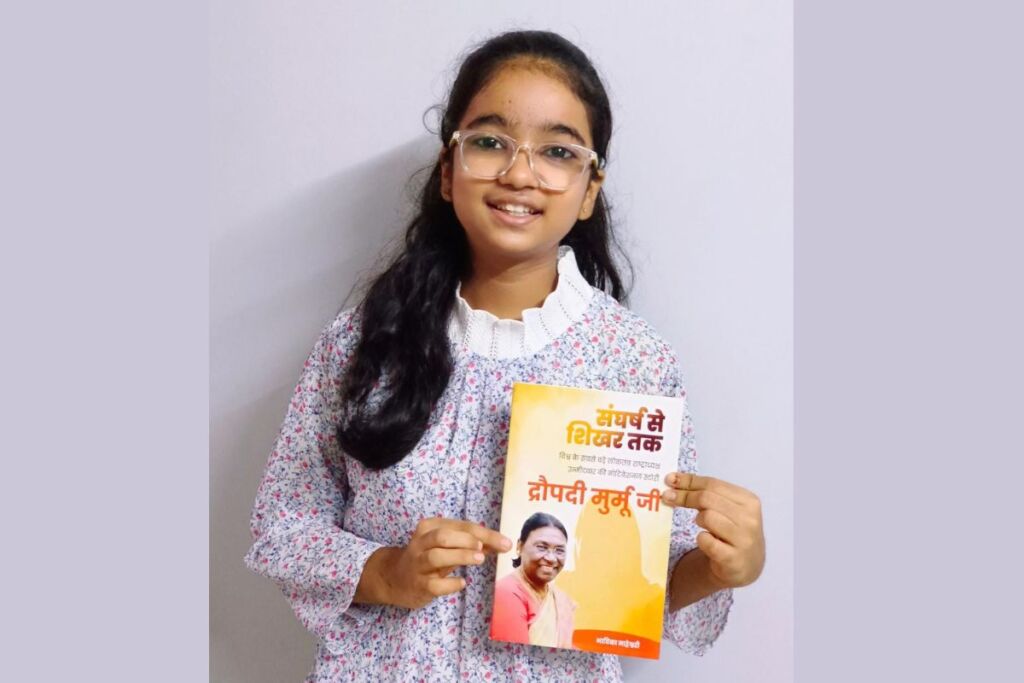 July 21: Being born in a hut and becoming a presidential candidate is the beauty of the world’s largest democracy.

Sabka Saath Sabka Vikas Mantra, Murmu is the best example. Fighting poverty, and struggles, if Murmu becomes the President, then a positive message will be sent to the whole world. Half the population will also prove to be a matter of women’s empowerment. Bhavika further informed that soon after winning the Presidential election, this Hindi Motivational Book will be printed and released and will be printed in other three languages ​​English, Gujarati and Odia.

3150 prisoners went to Lajpore Jail Surat (Central Jail) from thought purification story to story, motivational programs in Haryana, Rajasthan, Uttar Pradesh. Bhavika Maheshwari has organized pubg and mobile addiction awareness programs for more than 10 thousand children so far. Bhavika Maheshwari became the Guinness Book Record holder in the Most People in Speech relay. Before this, I wrote the book “Aaj Ke Bachan Kal Ke Bhavishya”, which was very much liked by the children. Bhavika has also done a motivational story for the Covid patient by visiting the Covid Isolation Center. Bhavika Maheshwari is also the founder of the International Children’s Forum.

A Surat-based industrialist who is the chairman of RR Group. Ram Ratan Ji Bhutda He was influenced by the book and wished to offer a check of ₹ 1,00,000 to the President for the education of the tribal girl.