Navitas Solar, one of the Leading Solar Module Manufacturer, has been named as the “Pride of Gujarat” 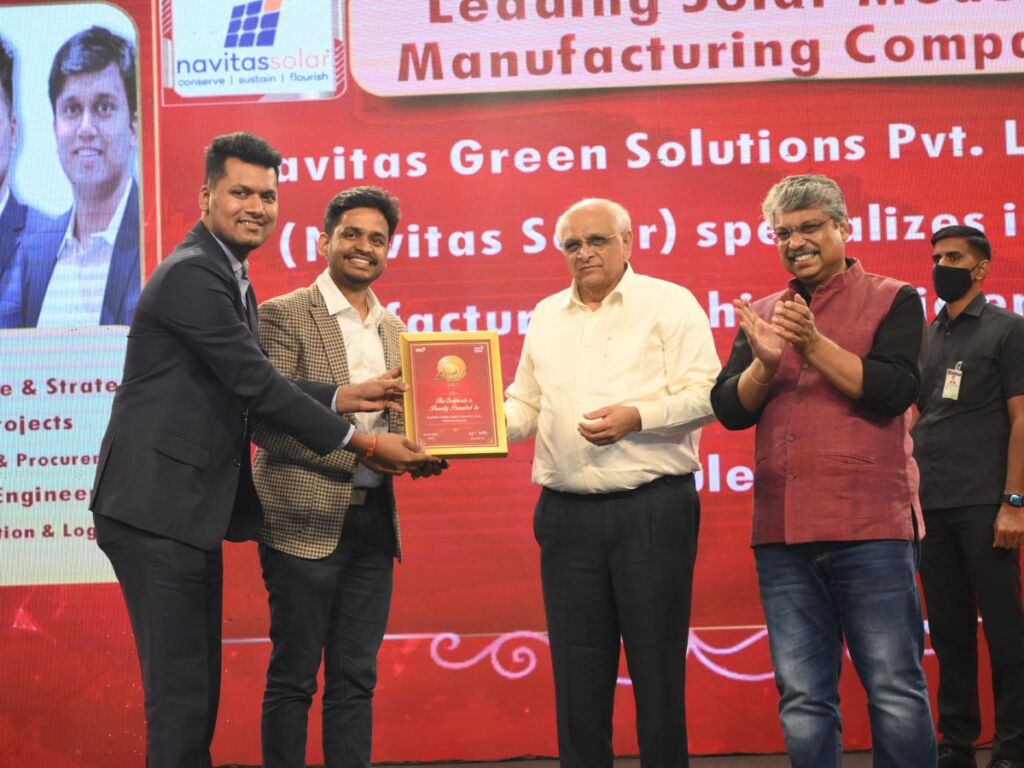 August 4: Navitas Green Solutions Pvt. Ltd. (Navitas Solar), a company specializing in the manufacturing of high efficiency mono PERC and polycrystalline solar modules, has been awarded the “Pride of Gujarat” at an event organized by News 18 Group and the award was handed over by the honorable Chief Minister of Gujarat, Shri Bhupendra Patel. This award recognizes the contributions of company who have done remarkable work in their respective fields.

The event took place in Ahmedabad on July 30th, 2022. Vineet Mittal, Sunay Shah, Ankit Singhania, Aditya Singhania, and Saurabh Aggarwal, the founders of Navitas Solar, were recognized for their contributions towards India’s sustainable energy initiative. The award was handed to Vineet Mittal, Co-founder and Director and Saurabh Aggarwal, Head of Taxation and Logistics at Navitas Solar.

The Surat-based company has previously received numerous awards for its achievements in accelerating global solar power adoption. Some of the key awards they have received include Annual MSME Excellence &Sustainability Awards in Manufacturing Sector by Bengal Chamber of Commerce & Industries (BCC&i) and EQ’s Leading MSME Indian Module Manufacturer of the Year. The post Navitas Solar, one of the Leading Solar Module Manufacturer, has been named as the “Pride of Gujarat” appeared first on Republic News Today.