The White Plate – A Blank Canvas for Culinary Artistry 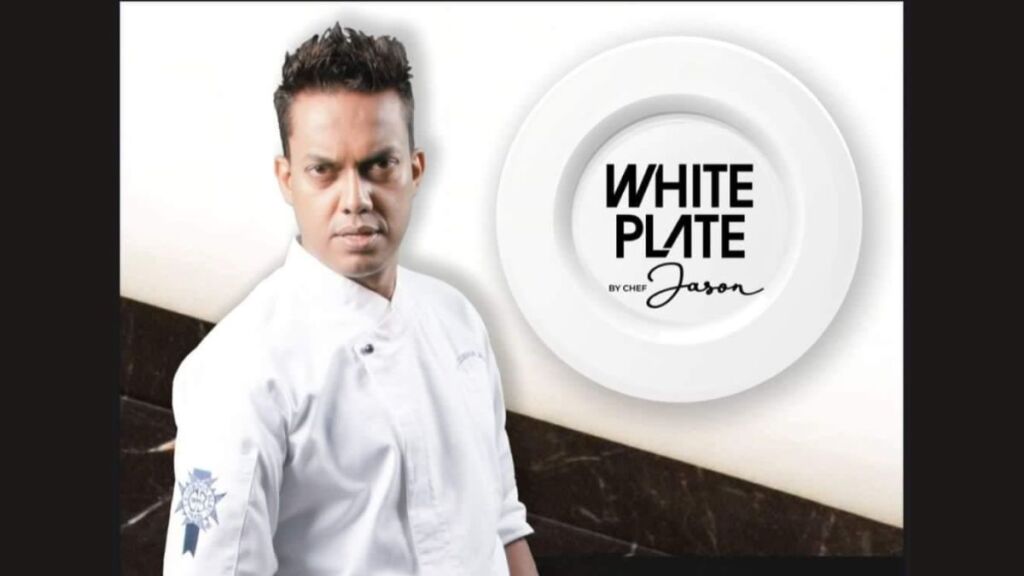 Ahmedabad, December 19: When food transcends into art, the humble plate becomes the canvas upon which the artist presents his masterpiece. Gleaming white porcelain sits regally amongst her entourage on a lush tablecloth.

A row of silverware on either side sparkles while the stemware stands sentry to her right, twinkling under the soft lighting.

With all their pageantry, they cannot compete with her. The spectators are hungry for a dazzling display; she is the stage upon which the magic happens.

For Chef Jason DeSouza, a white plate represents endless opportunities to create, innovate and captivate the senses with gastronomical delights. Unsurprisingly, he has chosen to name his first restaurant in Goa after his muse. Scheduled to launch on 20th December 2022, The White Plate by Chef Jason promises a culinary experience never seen before in the city.

“Fine dining is about elevating the senses,” he says. “It’s a delicate harmony of textures, flavours and scents which come together – gently balanced to deliver an almost transcendental experience.”

A sneak peeks of the highly-guarded, and yet-to-be-revealed menu assures a feast for the senses, with exotic offerings from the world of molecular gastronomy. Savoury olive oil snow, am sol foam, caviars made from honeysuckle and cider, kokum gels and ghee dust are just some of the alluring mentions that catch the eye. Ingeniously paired with some of the choicest ingredients, the mix of flavours and textures seems intriguing indeed.

The philosophy behind this revolutionary menu is based on what Chef Jason considers the coming together of his own heritage and his experiences in the famed kitchens of Culinary Masters Alain Ducasse and Gordon Ramsey. “From

Gordon, I learnt the nuances of building impeccable flavours, while Alain taught me about finesse and elevating dishes to the next level. The offerings at The White Plate will combine these key elements, accentuated by the nostalgic flavours of our own backyards,” he says.

Nostalgia can be a powerful tool within a culinary artist’s hands, capable of transporting one to places unknown and familiar at the same time. A classic goal corned veal tongue paired with edamame pearls and a kokum gel would simultaneously take one back to their grandma’s kitchen and to foreign lands in just one bite. Pairing a kasundi caviar with a modern ratatouille traverses the distances between Kolkata and Paris in a single morsel. Deconstructed, reconstructed, spherified and cloaked in the mystery of scented smoke and beguiling aromas, Chef Jason’s daring combinations at The White Plate urge food enthusiasts to explore the thrill of the unknown while offering the soul-warming comfort of flavours familiar to our palettes.

About Chef Jason A restaurateur, entrepreneur, and flavour savant extraordinaire, Celebrity Chef Jason DeSouza embarked on his culinary journey with the Taj Group of hotels.

His meteoric rise to the youngest Executive Chef in the country was punctuated by stints with various luxury hospitality brands in India. An alumnus of Le Cordon Bleu in London, Jason honed his craft in the famed kitchens of culinary royalty, Gordon Ramsay and Alain Ducasse. Back home, he helped establish several premium hospitality brands with a flair that is Jason’s signature style.