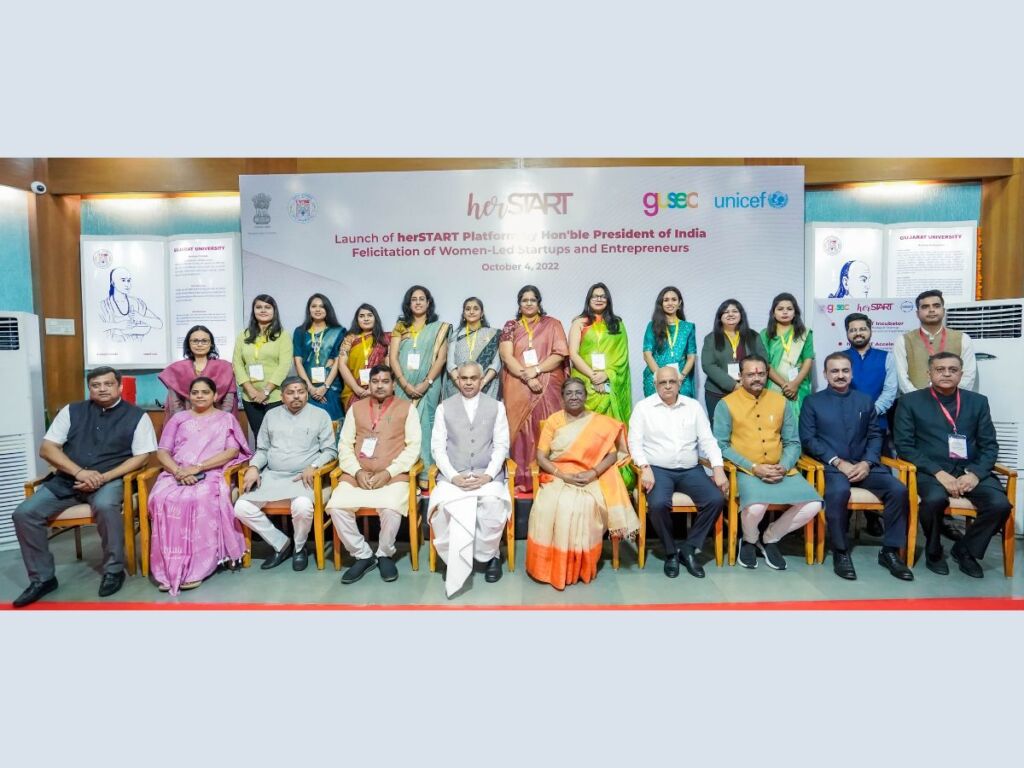 Ahmedabad (Gujarat) [India], December 31: India is the third largest ecosystem globally in terms of startups, but only 10% are women-led. Women account for just 14% of all entrepreneurs in India. The Gujarat University Startup and Entrepreneurship Council (GUSEC) aims to rectify the imbalance and has launched the herSTART program to create more women entrepreneurs.

Women-owned businesses have been proven to have a positive impact on local economies and can help in creating more diverse and inclusive workplaces. Measures to bridge the gender gap could add billions to the economy, with one study by McKinsey Global Institute estimating the GDP could grow by $0.7 trillion by 2025 just by offering equal opportunities to women. Entrepreneurship amongst women drives transformational gains for individuals, the economy, as well as society.

Improving educational levels, greater access to capital and resources, and a general shift in societal attitudes towards women in the workforce have allowed many women to pursue their entrepreneurial dreams. The state and central governments have also announced various policies and schemes to facilitate women entrepreneurs.

Through its herSTART initiative, GUSEC and UNICEF has been seeding idea-stage women entrepreneurs by giving them access to its resources and a dedicated acceleration program to help them take a jumpstart.

“Many women are blessed with entrepreneurial skills and also have brilliant ideas, but unfortunately, most are unable to work on their ideas in the absence of resources and an enabling ecosystem. Through herSTART, we are providing the resources and such an ecosystem. It is a comprehensive program to give wings to women’s aspirations and help them their innovative ideas take off the ground and turn into realities,” said Rahul Bhagchandani, CEO of GUSEC.

“Gujarat University’s focus is on emerging as an educational institution that is pivoting to the need of the times. The University is committed to providing a platform for women entrepreneurs and turning them into job creators, not job seekers. It is with this objective that the herSTART objective was launched,” said Prof Himanshu Pandya, Vice-Chancellor of Gujarat University.

The first two editions of herSTART have received overwhelming participation from women. herSTART has sensitised 70 lakh online users and developed resources for over 1.50 lakh interested participants. It has engaged over 15,000 women entrepreneurs, and 2,000+ women-led startups underwent capacity-building. It has accelerated over 200 mature-stage women-led startups and 150+ such startups are actively scaling up their efforts.

herSTART is supporting some very innovative startups led by women. One such startup is ECOrrect, which is working on developing bioplastic, a biodegradable plastic made of plant components. Bioplastic retains the properties of conventional plastic but has the potential to be a true replacement for synthetic plastics. From merely a prototype, GUSEC’s funding has allowed the startup to give a final shape to bioplastic.

Another such startup is Crooze, founded by Nikita Lalwani. Crooze is a digital platform dedicated to cycling growth in cities to make them more liveable, healthier, happier and better in terms of traffic as well as pollution. Crooze became a part of herSTART program in 2019 and then the social entrepreneurship Bootcamp in 2020 before getting incubated at GUSEC.

“I have received great support. The incubation program has helped in making things easier in the early stages from references to mentors to a safe space to learn and grow,” says Nikita.

Another exciting startup is Altmat, which converts farm waste of certain kinds to textile-fit natural and sustainable cost-efficient fibres. Founder Shikha Shah says, “GUSEC allows access to state-of-the-art research labs & fab labs which has further accelerated our R&D and at lower costs, a key to speedy prototyping and agile iterations.”

The fourth such startup is LymbEdge, which is working on an orthopaedic device designed to prevent or manage post-knee surgery therapy with the use of a mechanical interface that features a microcontroller, display, and a rechargeable battery unit. The product is set to be launched very soon.

“I received first place in the herSTART competition. I also won a prize of Rs. 4 lakh and funding to file the patent, which gave a huge boost to my confidence and encouraged me to establish the startup. With IP filing support, Student Startup Innovation Policy grant support, and mentorship received through GUSEC, we are launching our product shortly,” says founder Sarika Chitrodiya.