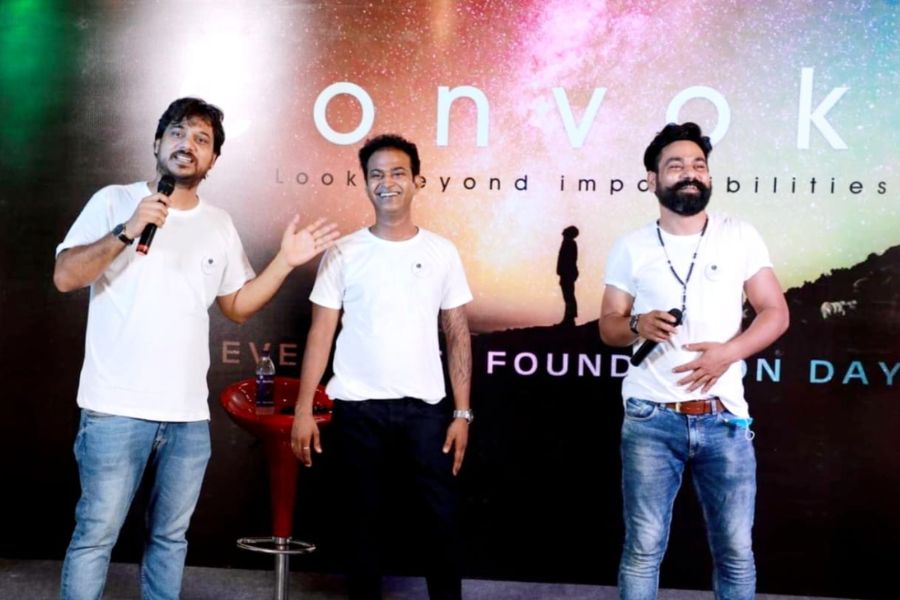 Patna, July 12: Incepted in 2010, the idea to flourish a creative agency on the banks of the river Ganges and the land to the intellectuals of the erstwhile era kindled the flame to endless possibilities in the capital city of Bihar. Situated in one of the most populous amongst all the districts of Bihar, the capital city of Bihar. Amid a severe crunch of high-end resources in the town, Eventoss Entertainment, led by an ordinary man, thrived on locating its existence substantially in the region. Whilst the service sector was still thriving to create space in the regional sphere, a few other services that other organisations in the city catered to were Automobile, servicing of electrical & electronic items, Computer Hardware maintenance, printing, Hotel industries, technical consultancy, tourism, Catering services, Fast Food centres, Educational Institutions, etc. Lacking provision & platform for marketing & other related services highlighted the agency’s motto to move ahead.

Eventoss Entertainment Private Limited is not just an organisation but relentless perspiration of a never-ending struggle. Syed Aabish Hassan is the Founder and CEO, Rahul Ranjan the Co-Founder, and Aliwaris Khan is the Director of Events & Entertainment. Trio initiated Eventoss Entertainment as an event company that gradually grabbed its stronghold in the realms of Marketing, Public Relations, Advertising, and Media Production. It is headquartered in Patna, with its expansion in Delhi NCR & beyond to other prime cities of the country. The Tagline says, “Say hello to endless Possibilities” they are always in search of possibilities that they believe are endless.

The history of its Founder & CEO, Syed Aabish, would take you back to the days of the year 2005 when he started his career as an executive with a small event firm in Delhi. Soon after realising his potential in a few years, he travelled back to his native ground, where he led a proprietorship in the name of Eventoss, which later bloomed into Eventoss Entertainment Pvt Ltd in 2013.

Initially, in 2010, he started with a few scanty clients, failing several times, and struggling with rigid vendors, but despite the storms, he decided to stay and bang away. He made the organisation believe that anything and everything is possible. However, it took a lot of patience and hard work to lead him to where he stands today. Today, Eventoss Entertainment has quarterly earnings of not less than seven figures. It is serving employment to more than 50 employees in various positions. Few other accomplishments include its intense client reach of over 250 clients, successfully delivering 1500+ projects, and much more. Plenty of global companies, including Airtel, TVS, Kingfisher, Sony, etc., are now cherishing the services of Eventoss. Dainik Bhaskar Utsav has been among the major successful projects. This whole week-long celebration included the presence of celebrities like Shahrukh Khan, Gulzar, Pankaj Udhas, and Kumar Vishwas, Fatima Sana Shaikh.

Registering a 200% growth in 2017, the organisation dived into the Hospitality sector by kick-starting two new ventures, 53 Open Court & 53 Open Café in 2020, that grabbed eyeballs from across the city, adding them to their further achievements. Considering that for any industry to sustain itself in the market, it has to embrace technology at different stages, Eventoss believes in addressing the existential crisis of digital accessibility in the space. With this idea and a bunch of young teams, the agency aims to be an aid to small businesses and conglomerates for smart digital assistance in the coming future. Finally, speaking of the youngest Director, just 28, Shubham Sinha, who looks after the Event Operations says, “the agency has been his learning battleground for a long, and his escalation to additional responsibilities has been highly progressive both ways in due course. He further added Agency life is well suited to young prodigies, who desire to excel beyond corporates & fixed roles to take up challenges from every corner.”

Visit us to know more about us: www.eventoss.in