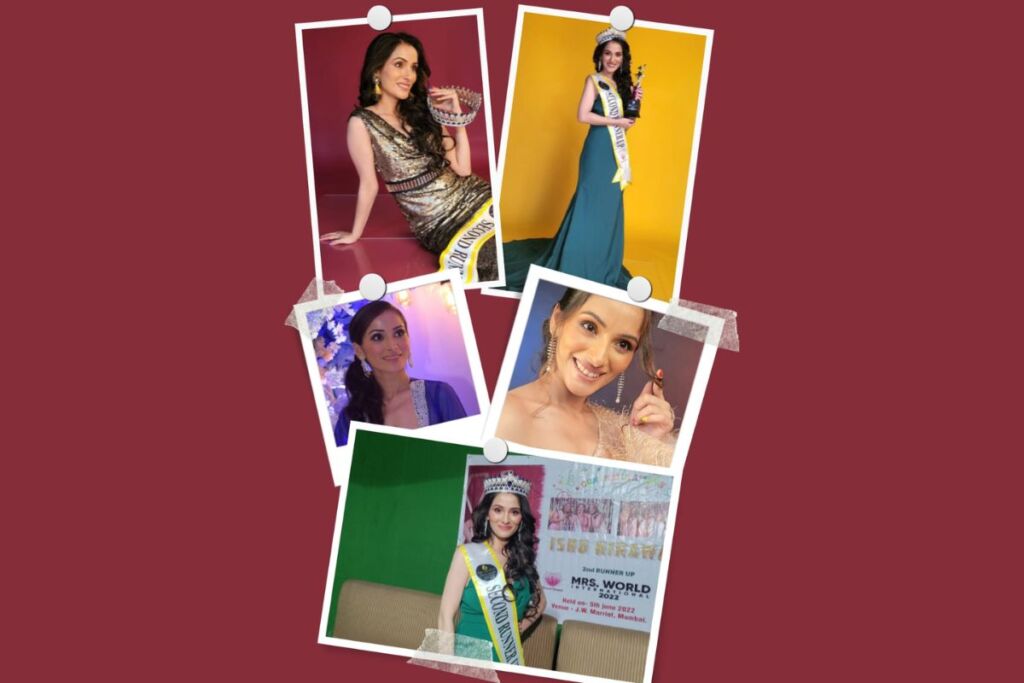 July 22: Today, we embrace the accomplishments of our women with quiet pride.

After years of Indian women earning a name for themselves in a variety of fields.

Following marriage, society expects women to be good housewives who are restricted to childcare and household duties.

Ishu Hirawat, the second runner-up of Mrs World International 2022, dispels all the falsehoods. “Marriage hasn’t taken a toll on her passion,” she claims. “Being a wife, mother, daughter-in-law, and homemaker has only strengthened me and made me all the more ready to face every challenge that life has to offer.”

The world is being redesigned by women of today. A woman is now an equal partner rather than just an object or someone in servitude. The juncture of equality and modern prospects of understanding and social gratification peaks recognition standards. There is a flow of information, awareness and ideation within the mass regarding norms which earlier spoke of misogynist weightage, now talk about Every Woman being a Shero.

Dreams do not come eventually just by sleeping. Dreams are ignited. Dreams are something which creates a destiny for you. All our dreams can come true if we have the courage to pursue them. Mrs Ishu Hirawat saw such a dream when she was down, broken by her Fathers’ sudden demise. She mentioned that the irreplaceable loss of her father, Late Vijay Singh Singhee made her this tough that she was bent on achieving something for herself to fulfil his wish that she should make her teenage dream come true. She worked hard each day and made this honour possible for herself.

It is also about someone who’s beside you all the time, making sure you do not feel lonely up against the whole world. Mrs Hirawat mentioned that “I am my biggest supporter and believer, and apart from that, my husband Mr Dipak Hirawat is the most supportive person I have in my life”. She also said that Barkha Nangia, the director of Glamour Gurgaon, made her believe that no one ever became a success without taking chances. Truly it’s always been that behind a successful man, there’s a woman, being vice versa. The scenario advocates for the very modern outlook that, yes, Behind a Successful Woman, too, there’s a Man. She plans to inspire and motivate women like her to break barriers within their minds and live for their own passion, along with fulfilling their other duties as well.

Self-belief, confidence and faith these things are the reflection of what Mrs Ishu Hirawat has achieved, and we hope she keeps touching such soaring heights always.

The post Ishu Hirawat on her journey from a homemaker to Mrs World International 2022 appeared first on Republic News Today.