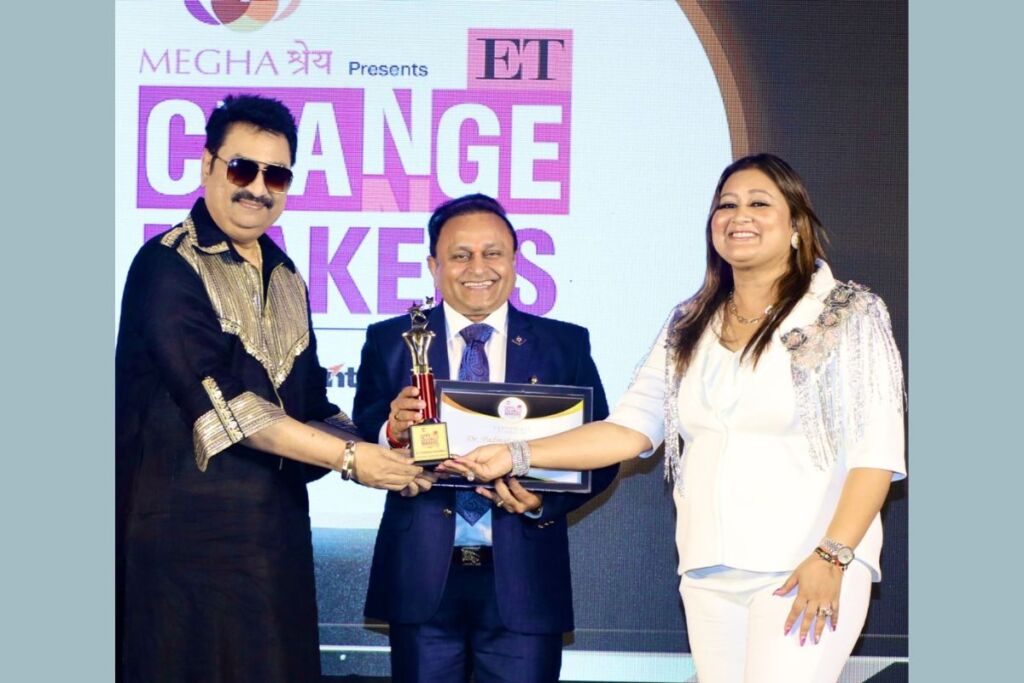 Padmakar Nandekar is currently heading Universal Communications Ltd, an Advertising Agency dealing with Television Channels’ rights, sales promotion of blockbuster movies, and sponsorship of events and films. He has been called a pioneer in successfully starting TV Channels like DD Metro, Zee Cinema, and Regional Channels in India. He came into the limelight with the famous TV serial Jungle Book. Dr Padmakar is a pro in his field with an experience of more than twenty thousand hrs of TV programs.

Interestingly, Dr Padmakar Nandekar, a Management Graduate with Gold Medal, started his professional journey while working as Dairy Supervisor with the Ministry of Dairy Development Dept, Maharashtra. He has acquired degrees in Dairy Technology and has done M. Phil in Marketing & Production. Later, he entered the Ministry of Information & Broadcasting in 1991 when he was said to join as Distribution Officer/Zonal Manager in the National Centre of Films for Children and Young People. His professionalism and diligence led him to bag the Manager (Marketing) role with the National Film Development Corporation (NFDC) in 1994. He was the overall In-charge of sponsorship of Doordarshan/ NFDC Films. From there, Dr Padmakar went on to work with ZEE Cinema as Regional Marketing Manager.

In 1995, the highly experienced personnel started his business venture Universal Communications ltd with the objective to produce, distribute, promote, and finance quality TV Programmes, Serials, Video films, and other software. Presently the agency is rated best among all. Universal Communications ltd also undertakes the business of television and radio sponsorship for producers’ channels, clients, etc.

Dr Padmakar Nandekar is a multifaceted personality. Apart from donning the hat of an excellent marketing head, he also mastered spiritual and healing techniques like Vipassana, Silva, Reki, Melkizerik, Isha Yoga, Art of Living, Breakthrough & Diksha from the Oneness University of Amma Bhagwan. He is associated with these forums to keep himself abreast of technology and other changes taking place in the industry.

Moreover, Dr Nandekar is a philanthropist. His association with NGOs, especially Rotary International, is long and eventful. He has been a Past President and progressive subordinate of the Rotary Club of Bombay Queen City since 2004. During his tenure as a Club President 2010-11, his Club has received the highest Rotary award, i.e., “Presidential Citation with Distinction”. And 41 District Appreciation award with Gold Medal. He has been a proud recipient of the “Rotary Foundation District Service Award”, as well as the “Avenue of Service Citation” for his outstanding efforts. Nandekar’s interest in activities of public welfare is shared by his family. His parents, wife Parul Padmakar Nandekar as well as his children, Khushal Padmakar Nandekar & Mehal Padmakar Nandekar are Paul Harris Fellows associated with Rotary International. Apart from being a Paul Harris Fellow, as well as Major Donors and Bequest Society member & contributed more than ₹1 CR INR. He & his family have attended 11 Rotary International Conventions across the globe & visited 50+ international Clubs.