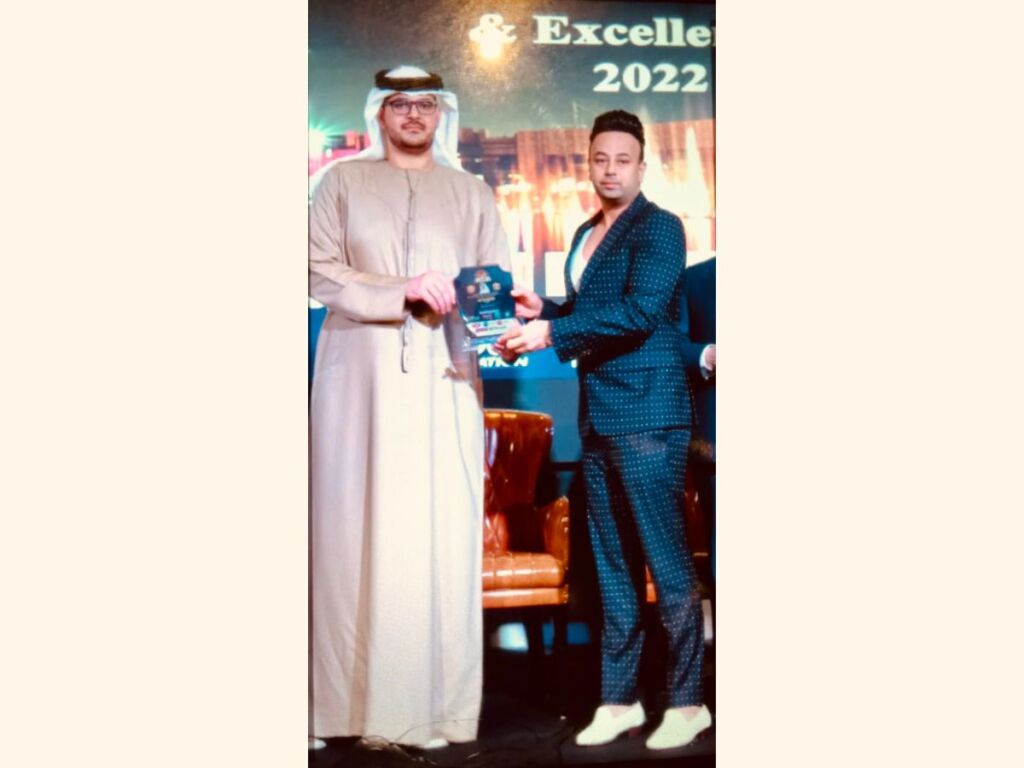 “I am privileged to be honoured at the Emirates Business Awards – The Rise of Industry. This recognition is special to me as it is a matter of pride for the people of India and me. I dedicate this award to the people of my motherland,” uttered Satish Sanpal for being awarded The Rise of Industry – Emirates Business Awards – Special Owner.  He is the owner of the elite VII Club based in the five-star Conrad Hotel, which is in the most happening area located on Sheikh Zayed Road in Dubai.

Satish Sanpal was recently felicitated by mid-day as Stylish Iconic Entrepreneur at the Dubai episode of International Retail and Lifestyle Icons 2022.  This young businessman’s popularity has given him a favourite celebrity status; he is invited to several International award functions held in India and Dubai to honour and hand over several awards to top Bollywood stars.

It goes without saying that this young owner of restaurants and clubs and who is also in the construction business, is an example of excellence in management as referred by several of his patrons of the nightclub VII Dubai; he has gained popularity as the most deserving rising businessman in the Emirates, that too within such a short span. Notably, VII Dubai has risen to the stature of one of the most sought-after nightclubs in the UAE, with the cream of International celebrities, corporate business people and International entertainment celebrities thronging this hotspot.

Satish Sanpal stated, “It is a dream honour for every rising entrepreneur in the Gulf. I have no words to express my happiness. This honour has given me the impetus to further excel in my industry and to expand our footprint across the Gulf and other countries.”

Emirates Business Conclave UAE is an exclusive platform that honours businessmen and rising entrepreneurs who have contributed to the UAE’s corporate culture, ethos and ethics.