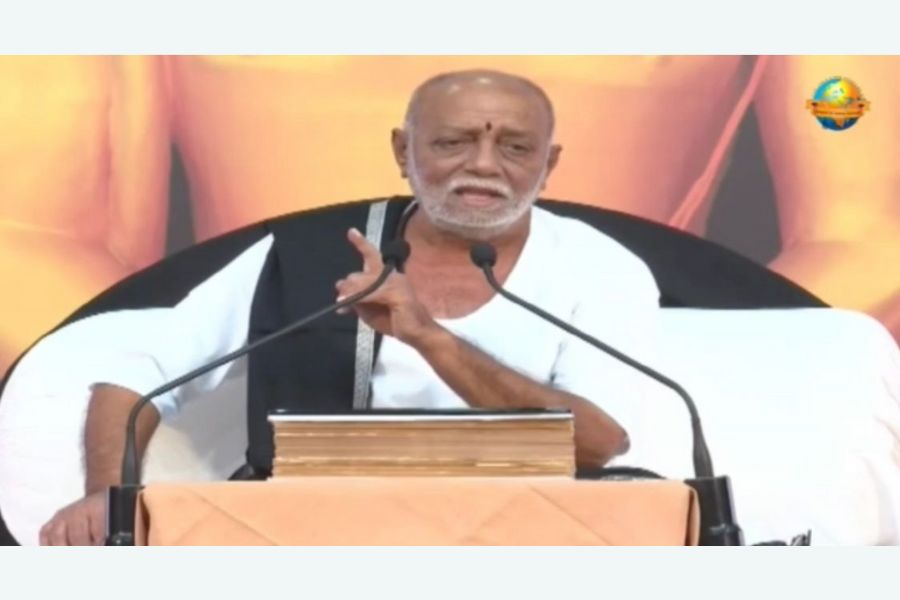 Manali, October 13: Noted kathakaar and spiritual leader Morari Bapu has expressed happiness at the inauguration of the Mahakal Lok corridor at Mahakaleshwar temple in Ujjain at the hands of Prime Minister Narendra Modi.

Speaking while delivering his 905th Ram Katha in Manali on Wednesday, Morari Bapu said, “I am happy to know that the country’s respected and successful prime minister has inaugurated the Mahakal Lok corridor. I welcome that this great pilgrimage site, which holds a special significance in Hinduism, is once again dedicated to the nation. See Kashi. It is our culture and tradition. It is a universal religion. I am feeling very happy.”

“Many people said that Lord Ram is the ideal of Bharat. But this statement is incomplete because Ram is the foundation of India. Whenever Lord Ram has been forgotten, the country has faced its consequences. He is the base of India and the world,” Morari Bapu added.

There are 12 Jyotirlinga sites in India, of which Mahakal is the only one facing the south, while the remaining are east-facing. The Mahakal temple finds mention in several ancient Indian texts.